IN THE SQUARE FOR A THOUSAND YEARS

It's the beating heart of Scala, the life of the whole community. The Cathedral dates back to the eleventh century. It has been transformed, from Romanesque-Gothic to the eighteenth-century Rococo. Inside are treasures of art and hidden secrets, still under study.

The facade of the Duomo at sunset.Its sheer size and the massive bell tower, imposing compared to the entire square itself, testify to the important role that the town played in the past.

The white interior stucco in contrast to the brown external facade. The style is simple and precise, one of the most elegant examples of Rococo in Italy.

The white walls exalt by contrast the colourful canvases on the ceiling which depict the works of Saint Lorenzo. Delicate shells and flower vases give vibrance to richly coloured scenes and characters.

At the entrance to the central nave are two holy water stoups composed of variously-aged pieces. The one on the left is of most interest: on the stem a grate with a Baroque palm leaf; while at the centre of the basin, a small Romanesque sculpture of a frog. 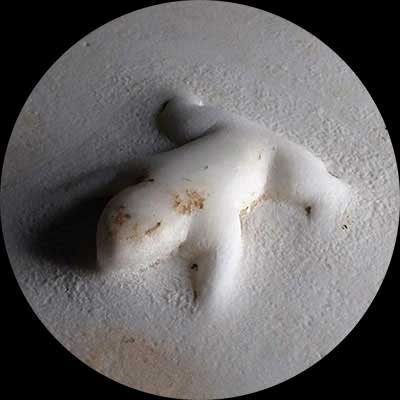 The transept, detailed on the Majolica floor. Little angels and floral decorations frame the grate, symbolic of the martyrdom of Saint Lorenzo

THE ALTAR OF TREASURES

Made of blue and gold painted marble, the Altar of Treasures occupies the right apse of the Cathedral. The work, Renaissance in style, is a rarity across the whole Amalfi Coast. Behind a sturdy gate the shelf holds nine statues of saints each in its own niche. Each one, made of painted wood, holds to its chest a relic of the saint depicted. 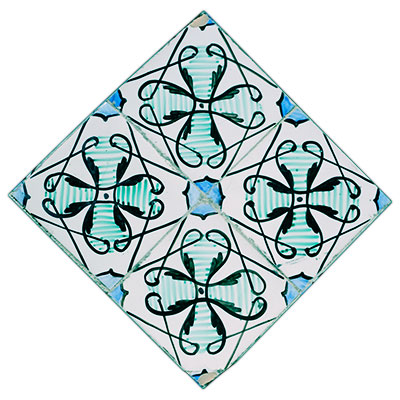 The treasures of the Amalfi Coast

Over the centuries Scala has seen splendours and ruins. The precious objects housed in the Cathedral date back to the Middle Ages, the period of maximum commercial and cultural development of the city in regards to the Duchess of Malfy. Byzantine style goldsmith art flourished in the shops and, above all, Arab influence. The social and economic decline of Scala is linked to that of the entire territory of Amalfi; it was affected by the twenty-year war of the Vespers (1282-1302), which caused plagues, famines and depopulation. 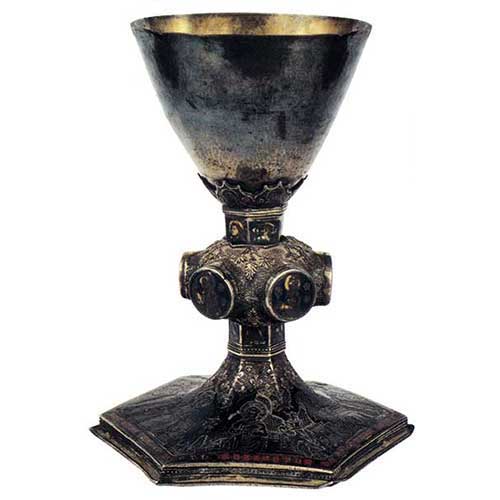 One of the oldest chalices on the entire Amalfi Coast is preserved in the Cathedral, second only to that of Amalfi. According to the Christian religion the chalice is the most important sacred vessel. Dating back to the 14th century it is made of refined Neapolitan silver. 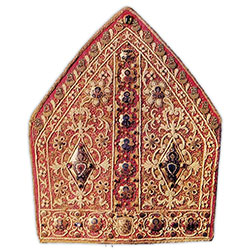 The Cathedrals of Scala and Amalfi preserve two episcopal head dresses of rare value, the miter. Scala’s was donated by Charles I of Anjou to celebrate the victory achieved against the Saracens in 1270, precisely on the day of San Lorenzo. 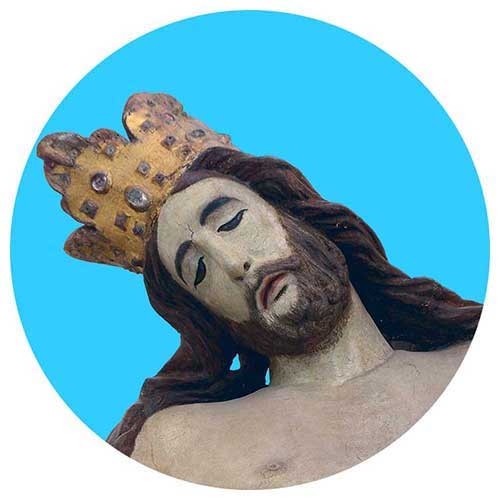 THE MOST VENERATED CHRIST

A painted wood depiction of Christ preserved in the Crypt of Paradise. Dating back to the second half of the 13th century, it belongs to a Gothic triptych that represents the deposition from the cross. A recent restoration has seen the return of the original vibrance of its colors. ‘Il Signore di Scala’ has been so loved for centuries that it has made the Crypt the most revered sanctuary of the Diocese of Amalfi.

THE CRYPT OF THE PURGATORY

It owes its name to the large quantity of human bones found there. Accidentally discovered in 1958, it is located halfway between the Cathedral and the Crypt of Paradise. It has recently been reopened to the public; today it hosts artistic and cultural events.

THE CRYPT OF PARADISE

It is the only example of Gothic style architecture on the Amalfi Coast. Restored in 1863, it is a very different environment from the dark underground crypts: with cross vaults that reach ten meters in height, the Crypt of Heaven is festive and flooded with light. Notable are the central altar which houses the beautiful wooden Christ and the sepulchral monument of Marinella Rufolo.

The Cathedral is arranged on three levels, in fact it rests on two superimposed Crypts: those of Purgatory and Paradise.

THE SEPULCHRAL MONUMENT OF MARINELLA RUFOLO

On the north side of the Crypt is an impressive Gothic funerary monument, with spires that reach the vaults. According to local literature the tomb housed the remains of Marinella Rufolo.

The fourteenth-century story of the never-ending love between Antonio Coppola and Marinella Rufolo is still strong in the Scalesi memory. The marriage, held in the Cathedral, was organized to settle power issues between the two young people’s influential and opposing families: the Coppola’s of Scala and the Rufolo’s of Ravello. But what started only as a political affair turned into true love.Antonio and his son were killed by assassins in an ambush and Marinella, loyal to her husband, remained in painful silence until her death a few years later.